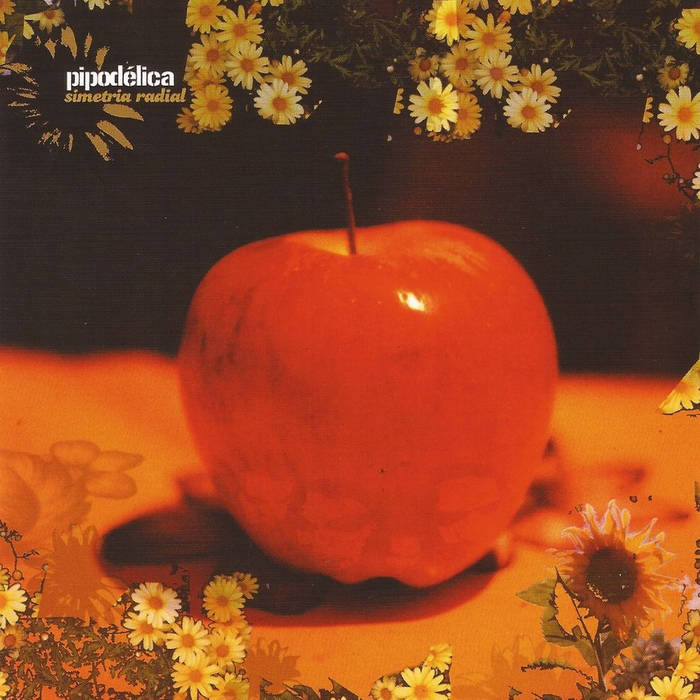 Pipodélica was a band from Florianópolis, SC, Brazil, considered an exponent and one of the most expressive bands of the independent Santa Catarina scene during its existence. Founded in 1999 by colleagues from UFSC Architecture College, the band played in major independent festivals all over Brazil, such as Senhor F (Brasilia), Upload (São Paulo), Noise (Rio de Janeiro), Curitiba Pop Festival, Goiânia Noise, Claro que é Rock and others, receiving recognition of his work in awards such as London Burning and Midsummer Madness, as well as being invited to open concerts of bands such as Pixies, Teenage Fanclub and Placebo.

The band closed its activities in 2008, by common agreement among the members, who no longer had the same musical interests.

Some say that aseptic hippism is the future. It may not be the case for such extremes, but Radial Symmetry, the first psychedelic elephant of the Pipodélica, shows that psychedelia can be cleansed without personal hygiene getting in the way of inventiveness.

"Deafening lysergic vibrations, but mothers can rest easy because they are all family gurus. Quiet vibrations, lysergic mothers, pear horizons, deafening guris, "they announce at the opening of the album.
If aseptic hippism sounds improbable, the definition of Pipodélica as a psychedelic pop band influenced by guitars, bass and drums by former practitioners of progressivism may seem even weirder, unless we remember others from the progressive that condensed the long travel in songs of three minutes and little. People like Lulu Santos, Arnaldo Baptista, Ritchie, Kraftwerk and Lobão, who put their knowledge about unusual harmonies, elaborate arrangements, studio games and other different ways of playing music, without confusing objectivity with vulgarity.
After all, as Pipodelica himself says, "Whoever watered the flowers in the garden saw everything colored and can not imagine seeing everything in black and white."

Seen thus, it seems that the lyrics of the band deliver much on their musical conception. And that's right, even when the meaning is not immediate. XuXu, Potato, M. Leonardo and Cachorro make simple and straightforward songs, that look for the hook and the chorus, but always twist things. It may be a song about the burst of laughter from a trumpet game with a low voice and played with discrete guitar and violin ("Collective Hysteria"), it may be that one of the most sticky choruses is about spiritual conversations and detachment from the world material ("Extracorporeal Experience"). With the letters, the same thing. It's all there, for anyone who wants to hear and understand. Just is not obvious, that nobody here is silly, right?

Pipodélica's Radial Symmetry gathers influences from Mutants, Pink Floyd, Seventh Country rock, Beach Boys, Beatles, indiepop 90's and other facilities. That is, everything at hand, without complication. Mothers can rest easy, they are all family gurus. They just like to trade things in recipes. As a gift, at the end, the segment "History and Glory of Pipodélica" (progressive fan loves a historical theme): three tracks from the EP While Sono Comes, the first release of the current line-up, and the incredible clip of "Valsinha # 3 ", of the All That, the last of the old formation.

Mixed By, Producer, Mastered By, Recorded By – Alexei Leão

Progshine Records is an independent digital Label that distributes Alternative Rock and Progressive Rock artists. We focus on re-releasing albums and to launch new artists.

Bandcamp Daily  your guide to the world of Bandcamp